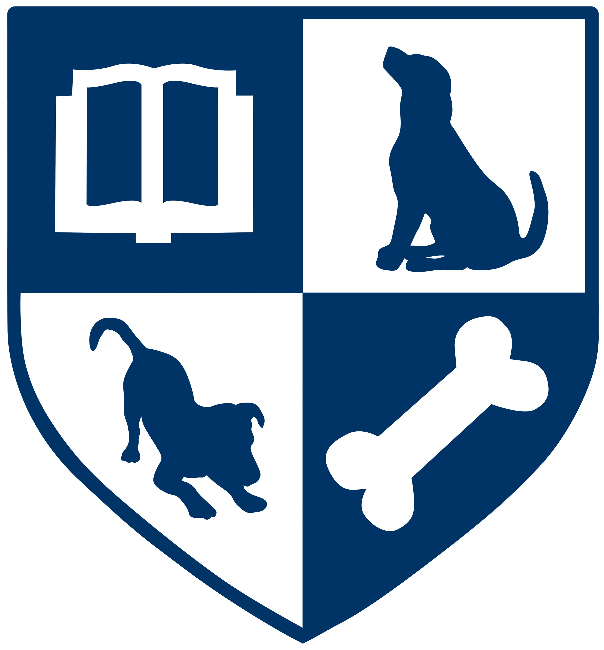 Many people have unrealistic expectations about dog-dog social behavior. Dogs are expected to behave perfectly and get along with all other dogs, even though people have difficulty being universally accepting and friendly. However, although people may often disagree, argue, and sometimes resort to pushing and shoving, very few people inflict severe injuries. When tempers flare, extreme physical aggression is strongly inhibited. Really, dogs are not that much different.

Most dogs have frequent disagreements and arguments, and on occasions resort to scrapping noisily, but only extremely rarely does one dog severely harm another. Whereas it is unrealistic to expect dogs never to squabble, it is perfectly realistic to raise and train dogs to never hurt each other when fighting.

To teach canine social savvy: first, socialize your puppy to be friendly, so that he would rather play than fight; second, prevent predictable adolescent de-socialization, but most important; third, teach your puppy bite inhibition, so that if he does scrap as an adult dog, he causes no harm.

Adolescence is a particularly stressful time for young dogs, especially males, who are repeatedly harassed by older dogs, especially males. The ritualized harassment is both normal and necessary, allowing older dogs to put developing youngsters "in their place" before they are strong enough to compete on the social scene. Harassment is triggered by rude adolescent behavior and by extremely elevated testosterone levels in five- to eighteen-month-old adolescents. Castrating your puppy will prevent most harassment from older dogs.

Additionally, to maintain self-confidence and offset the stress of adult-doggy discipline, an adolescent dog requires many positive social interactions. Regular play sessions and repeated friendly encounters are vital. However, for many dogs, socialization with other dogs is abruptly curtailed at between six to eight months, usually following the first couple of scraps. This is especially true for small dogs and large dogs. Worrying that a little dog may get hurt, the owner is more likely to pick him up and less likely to let him play. Similarly, worrying a large dog might hurt other dogs, the owner now tends to keep her restrained on a tight leash. Thus, at a crucial developmental stage, many dogs are seldom allowed to interact with unfamiliar dogs. A vicious circle develops—the dog desocializes and his bite inhibition begins to drift, whereupon fights and potential damage now become more likely, making it even more difficult to socialize the dog.

To prevent your puppy from becoming asocial or antisocial during adolescence, he must continue to meet unfamiliar dogs on a regular basis. Always praise your puppy for meeting, greeting, and playing with unfamiliar dogs. Never take friendly behavior for granted. Always let your dog know that you are very happy when he is friendly. Throughout adolescence and adulthood, praise and reward your dog with food treats after every friendly encounter with another dog.

Most dogs, especially males, are involved in a number of scraps during adolescence. If the dogs acquired good bite inhibition during puppyhood and learned how to resolve differences without causing harm, there is little, if any, damage. However, if the dogs did not learn bite inhibition as puppies, there may be substantial damage.

Dog fights are noisy and scary, and many owners insist: "He fights all the time and is trying to kill the other dogs!" It is essential to objectively assess which dogs are dangerous and which are not. Calculate the dog's fight/bite ratio by asking, "How many times has the dog fought?" and "How many fights warranted veterinary treatment for severe bites?" The observation (that the dog fights a lot of the time) and the assumption (that the dog is trying to kill other dogs) are quite contradictory. If the dog is trying to kill other dogs, then obviously he is not that good at it, since he has had numerous attempts and failed on every occasion. On the contrary, a large number of fights and the absence of injury, offers proof the dog is definitely not trying to kill other dogs. (If one dog were truly trying to harm another dog, the physical damage from a single incident would be extreme.) Certainly he is undersocialized but he has marvelous bite inhibition.

"Growl classes" provide an effective solution for scrappy dogs that have never harmed another dog. Owners can safely practice controlling their dogs in a controlled setting, and dogs may gradually rebuild their confidence so that eventually they may resume socialization and play.

For dogs that harm other dogs, common-sense and precautionary management are the only options. The dog should be kept on-leash and muzzled whenever on public property. Allowing a dog that harms other puppies and dogs the opportunity to interact with other dogs would be unfair, irresponsible, and potentially dangerous.

Bite inhibition is the key. The issue is not really whether dogs fight, but whether or not one dog harms another. Puppies that had ample opportunities to socialize, play-fight, and play-bite with other puppies usually develop good bite-inhibition. They learned how to inhibit the power of their jaws and consequently may resolve adulthood differences without causing harm. Bite inhibition can only safely be established during puppyhood. Giving your puppy the opportunity to develop good bite inhibition is the most important reason for enrolling in puppy class. 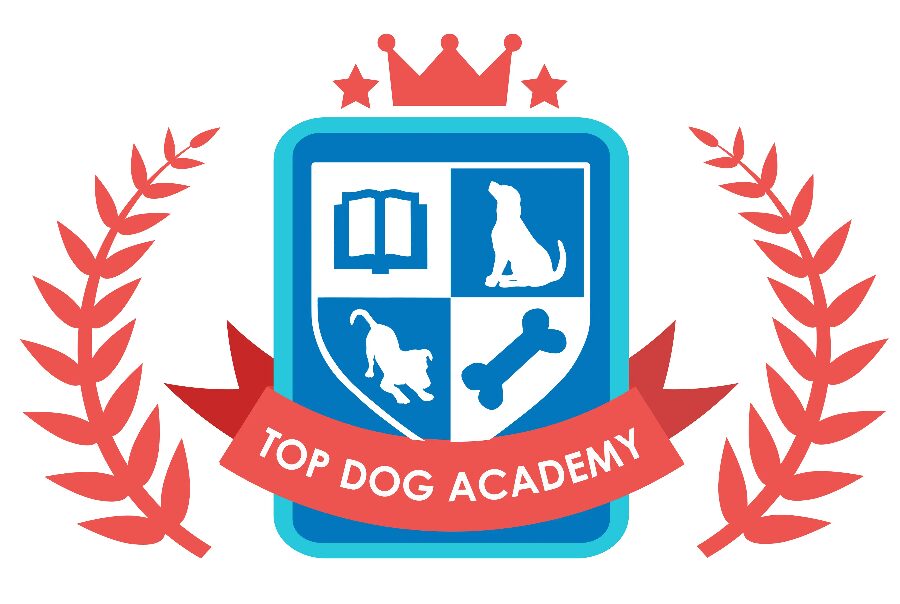 We have adopted Top Dog Academy as our online digital “textbook” for our clients. Please check out the many Free Courses, especially, the Behavior Problem Crash Course and Quick Tips & Free Downloads. Should you require more in-depth information, we strongly recommend that you subscribe to the Top Dog Academy, which contains 100s of hours of dog training videos, plus podcasts, ebooks, worksheet and more, all about puppy and adult dog training and preventing/resolving most common behavior, temperament and training problems. Top Dog Academy is only $20/month, and the first month is free with coupon code firstmonth. You may easily cancel your subscription at any time and there’s a 30-day money-back guarantee.